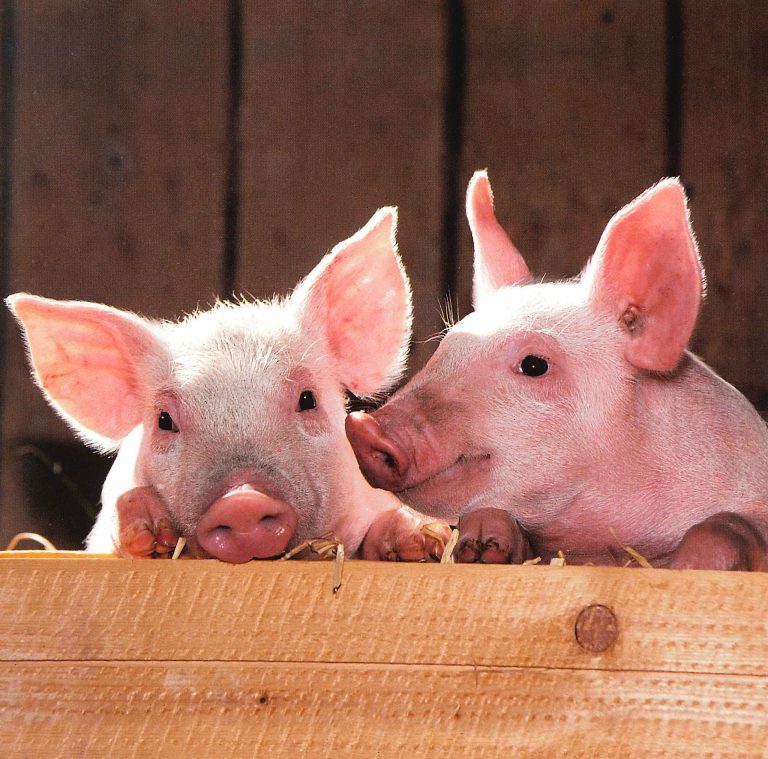 Why Pig Farm Biosecurity matters for you

Keeping your livestock as protected from disease agents as possible is as important as any other aspect of your business. The measures put in place to accomplish that are known as biosecurity, and today, more than ever, they are essential for any farming business. There are two aspects to biosecurity, the first are measures taken to avoid any pathogens and diseases entering your farm or the herd itself, and these are known as external biosecurity. Internal biosecurity is the second, and these measures are focused on the prevention of any disease spreading within the herd, or across the farm to other herds if some animals are found to carry the pathogen.

For both aspects of Biosecurity, there are three main components, these are:

Keeping your livestock segregated from other animals that may carry an infection is the simplest way to avoid that infection. After all, if the pathogen never enters the farm or herd, it can never contaminate either.

Barriers around the farm, or individual herds in the case of internal biosecurity, can prevent most contamination as long as they are applied correctly and well maintained. This means that no animals should enter or leave their specific holding wherever possible, not just pigs, but any animals on the farm, and as far as possible, humans as well. This is because other animals and humans can carry the infection into other areas unwittingly. By reducing movement, you eliminate the possibility of infection.

Of course, while segregation is the foundation for biosecurity, at some point, materials, people, and objects such as vehicles, will have to enter or leave the farm and animal holdings. The next step in biosecurity comes at this point, and that is cleanliness. For vehicles, people, and anything else transported across a barrier, ensuring everything is thoroughly cleaned of all visible dirt every time can remove most contaminants.

The most common way contaminants are transported is within the urine, fecal matter, or other bodily emissions that stick to the surface of the object, cleaning off that matter will therefore also remove the contaminate itself. This can be accomplished with a combination of soap and water, using a brush for smaller objects like boots, over trousers and equipment, or a pressure washer for larger items such as vehicles. It is crucial that this cleaning is carried out on anything traveling across a barrier, and it is done for all items traveling in both directions, in or out of the farm, holding or other segregated areas.

Applied effectively, a disinfectant can neutralize any infection remaining on cleaned objects, and can also be used to ensure that drinking water for animals is free from any pathogen.

At Kirkmayer we have developed a system that produces a disinfectant solution, non-toxic and degradable, capable of destroying bacteria, spores, viruses, molds, yeasts, fungi, biofilms (biological incrustations) on pipes and removing odors. The system requires only water, Sodium, or Potassium Chloride (salt) and electricity to produce a very effective disinfectant, called Anolyte (HClO).

As noted in several scientific publications, multicellular organisms, including humans and hot blood mammals, defend themselves against pathogens and foreign microorganisms by synthesizing, through metabolism, complex mixtures of metastable oxidizing compounds.

These compounds possess a wide spectrum of action and are capable of damaging all major systemic groups of pathogenic microorganisms (bacteria, mycobacteria, viruses, molds, spores, etc.) without damaging multicellular organisms and human tissues.

The oxidizing liquids and their chemical production mechanisms are similar to those generated in our ECA system and are precisely these common characteristics that give Anolyte high biocompatibility with human tissues and multicellular organisms besides not being toxic to the environment.

The main benefits include low costs, the versatility of use, easy to install (no need to modify any existing system), proven effectiveness, and the absence of problems that we can find in the traditional chemical treatments.

Using Anolyte on your Pig Farm

There are 3 areas where Anolyte can help maintain exceptional biosecurity on your farm, these are:

The right cleaning and disinfection processes for the pig house reduces the number of bacteria in the environment and therefore lowers the risk of infection for the pigs themselves. To get the most from Anolyte, first, remove all organic matter and any equipment from the house, soak and clean everything, then spray and fog the Anolyte afterward.

There are two aspects to the hygiene required from humans who interact with the pigs or their environment.

Anyone working directly with the animals, their environment or equipment used with the animals and their surroundings can be directly involved in transmitting infections. Washing hands before entering or leaving a pig house or other segregated area is standard biosecurity behavior, however, this effect can be improved. After cleaning the hands using a quality soap, Anolyte can be used to disinfect thoroughly afterward.

A footbath needs to be fast and effective to provide good biosecurity without too much disruption to the farm operation. Anolyte is a powerful disinfectant that accomplishes this, the Hypochlorous Acid acting quickly and offering excellent levels of performance.

Water is essential for the health and wellbeing of pigs, and so the quality of their drinking water is a crucial component in pig welfare. Disinfecting drinking water is also integral to any biosecurity measures, but such disinfectant should leave no residue, stay effective throughout the water run and of course, leave the water safe for the animals to drink. Anolyte does all these things in one package, making it perfect for continuous application to the water source.

Adhesion to surfaces is a common and well-known behavior of microorganisms. This adhesion and subsequent metabolism lead to the formation of bacterial biofilms. Chlorination of a mature biofilm is usually unsuccessful because the biocide only reacts with the outer portion of the biofilm, leaving a healthy and substantial bacterial community on the surface that rapidly regrows. Bacteria within biofilms develop increasing resistance to the biocide on repeated dosing. Anolyte can effectively remove the biofilm.